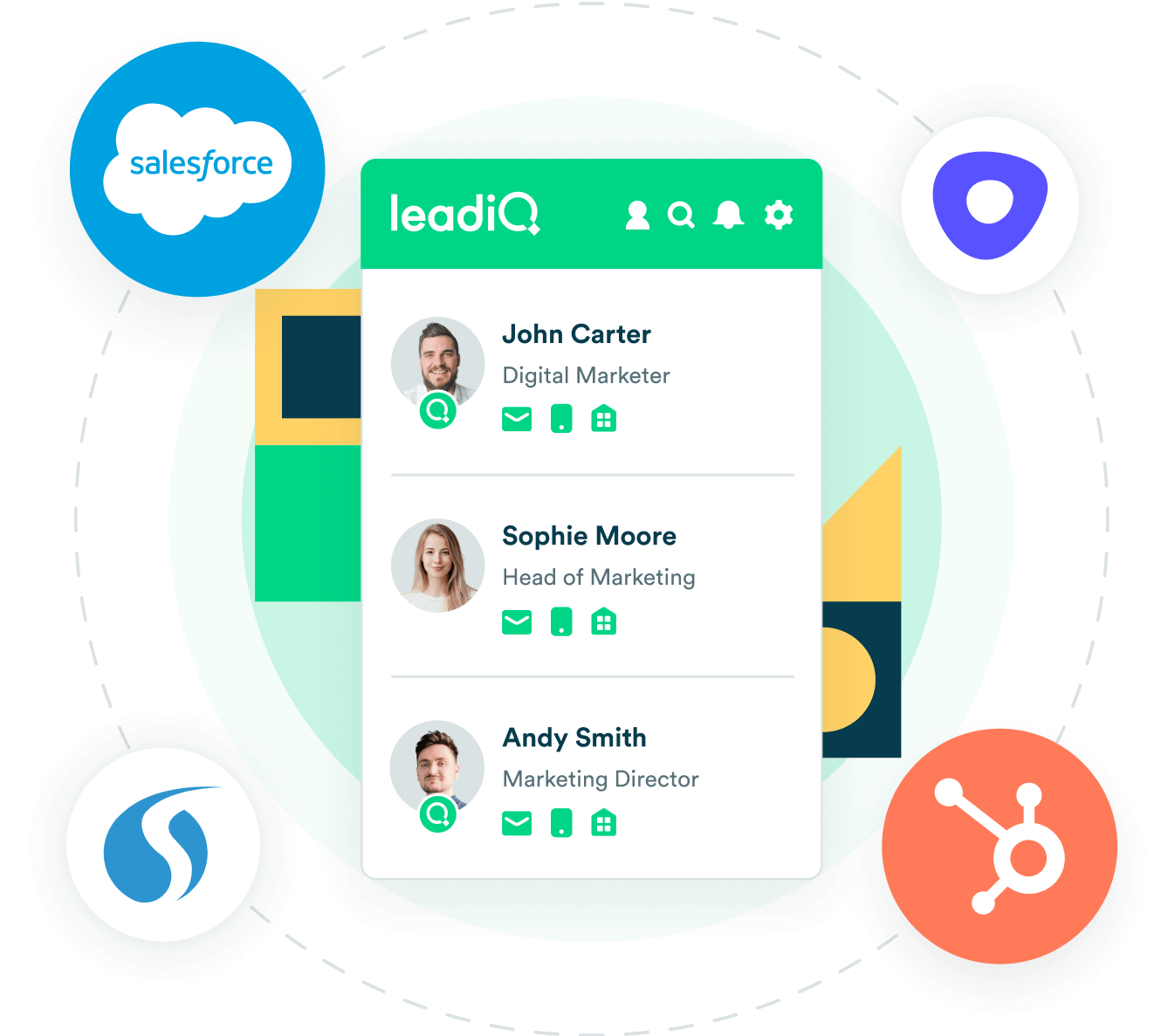 The time savings is incredible. I can’t even imagine suggesting to our reps now to repeat what our old BDRs did historically to sequence people... The volume of outreach has probably increased by tenfold.
Byron Scott
Sales Operations Analyst, Sigma

High satisfaction from the BDR
team led the team to make LeadIQ the primary prospecting tool for the entire sales organization.

Sigma Computing is a Silicon-Valley based company that offers a data exploration tool designed to remove the barriers that prevent people from analyzing data across sources, in order to deliver the full spectrum of self service cloud analytics and business intelligence. With a sales team based in its headquarters in San Francisco and other sales reps spread throughout the country, the company is dedicated to expanding its impact through the use of leading technology.

BDR’s tech stack lacked an efficient tool for capturing and sequencing prospects into Outreach, leading
too much time spent on low-value activities.

Onboard LeadIQ to integrate with sales tech stack and streamline workflow.

BDRs are able to increase target prospects in sequences by fivefold.

Why Sigma Computing wanted to level Up its prospecting strategy

As a company dedicated to removing silos that obstruct data intelligence, Sigma Computing knew that investing in the best tools for prospecting only made sense. Historically, the company relied on a combination of ZoomInfo and TryProspect. BDRs found, however, that the latter tool offered very limited capabilities that disrupted the sales process. “You couldn’t even export directly into Outreach,” shared Byron Scott, Former Sales Operations Analyst.

He and his colleagues wanted to find a tool that decreased the number of time consuming steps involved in prospecting so that BDRs could refocus their efforts towards higher-value tasks. So Sigma Computing’s sales team ran an evaluation on LeadIQ. They found that the tool was not only more efficient than their legacy tool but worked alongside LinkedIn Sales Navigator for a more real-time look at a prospect’s company and job title. Instead of engaging in the multiple-step process of exporting contacts into Salesforce and then into Outreach, BDRs found LeadIQ synced that data to both in one easy step. 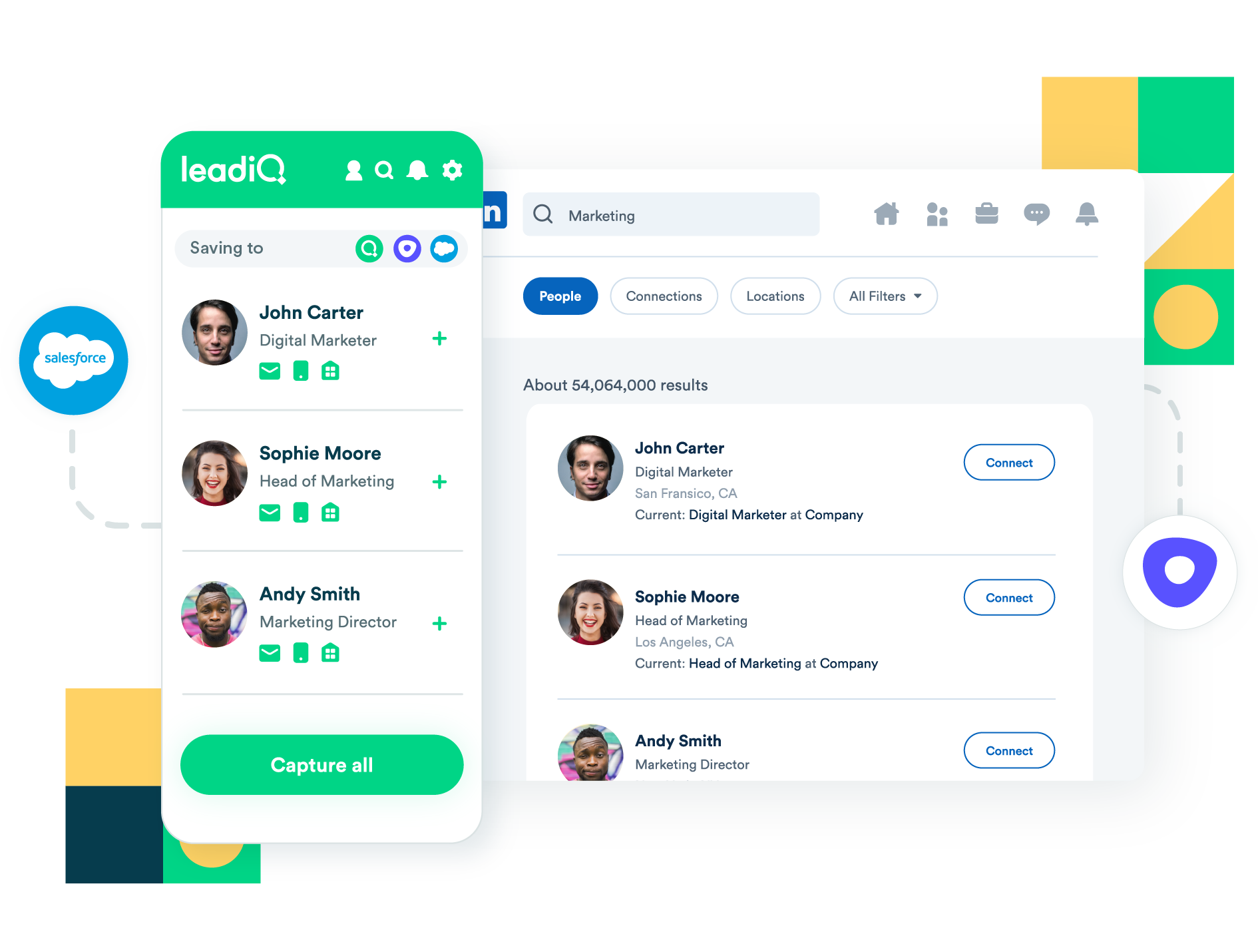 Use LeadIQ as the BDR team’s primary prospecting tool

With LeadIQ holding anchor as the BDR team’s primary prospecting tool, users found that their workday improved considerably. “LeadIQ has improved the speed of our prospecting by letting them get contact info into Outreach quicker,” said Sullivan Parker, Senior BDR Manager. Sigma Computing’s BDRs could now prospect in LinkedIn Sales Navigator, ensuring that they target the right prospects and job titles. With LeadIQ working side-by-side, reps began capturing and syncing to Salesforce and Outreach with just one click. Users continued to use ZoomInfo as a secondary tool for data enrichment, but LeadIQ cut multiple steps out of the prospecting workflow. As a result, BDRs gained valuable time back in their day to focus on expanding their prospect targets within accounts and personalizing outreach to those prospects. Users became especially fond of the tool’s campaign feature, which gives reps added flexibility to adjust best guess emails. Using LeadIQ verified emails, reps began using that template and their own intuition to edit best guess emails from the same company, allowing them to expand their reachable prospects. These changes made LeadIQ a clear favorite with the BDR team, so much so that when renewal time came around and leadership was considering streamlining the tech stack down to ZoomInfo alone, the whole BDR team protested. A majority of the team said it would severely impact their workflow to lose the tool, and campaigned to keep it onboard. Leadership cooperated, making LeadIQ a staple in Sigma Computing’s prospecting efforts.

Since onboarding LeadIQ, BDRs have been able to reinvest the time savings into strategically prospecting more accounts and expanding their outreach. Prior to integrating the tool, BDRs could reach a maximum of 50-60 prospects across all of their target accounts. Now, top-performing reps are able to prospect upwards of 400 across those same accounts. The team continues to use ZoomInfo to fill in any gaps, while relying on the time savings to book more meetings and generate pipeline. Sigma Computing plans to expand its LeadIQ users to its Account Executives as well, who will use the tool in the same manner as BDRs in order to continue their work. This choice has empowered Sigma Computing to continue its work of using technology to make work easier—for both its employees and clients.

Revenue is easy to calculate but difficult to predict, and working out the impact of marketing, sales...